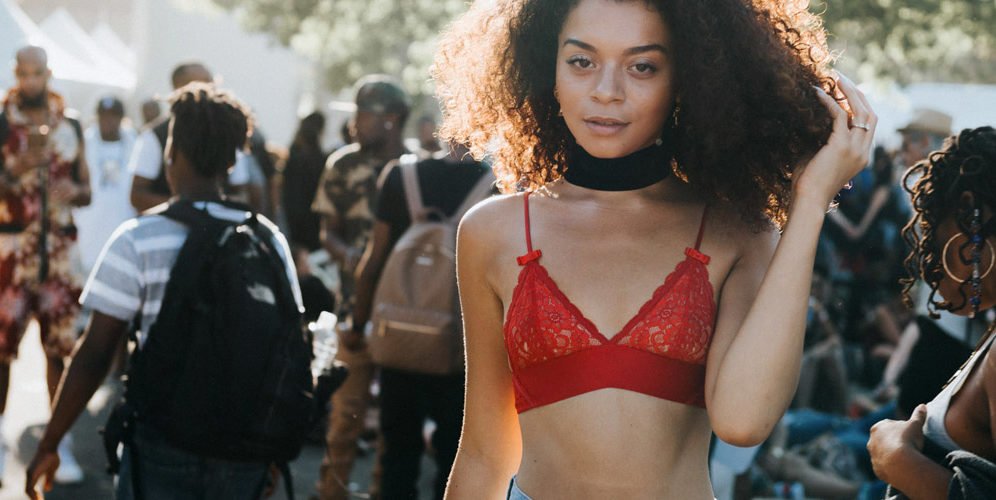 Healing is our birthright, and if we can’t claim it in times of unrest and chaos, when will we ever make the time?

2017 has been a challenging year, to say the least. It seems a day hardly goes by without the Trump administration signing a new executive order stripping marginalized people of more rights. His racist rhetoric is literally killing people, and many of us have been called to battle to protect our friends, family members, colleagues, and in many cases, ourselves. It’s been an exhausting ten months.

If you assumed that things would cool off with the autumnal equinox, you thought wrong. Texas, Florida, and much of the Caribbean were hit with destructive late-season hurricanes, and over the last few weeks, we’ve seen Americans in Puerto Rico and other U.S. colonies struggle to survive with no electricity and dwindling resources. Then, on Sunday evening, Las Vegas was devastated by the largest mass shooting in modern American history, with 59 people killed and 500 more injured.

For those of us lucky enough to have not been directly affected by these disasters, taking a mental health break from the madness feels like a privilege we can’t afford. I’ve found myself volleying between paralyzing anxiety and a depressive guilt, overwhelmed by the tremendous work that’s ahead while at the same time questioning whether anything even matters anymore.

But what is the purpose of progress if we arrive at the finish line beleaguered and broken down? Healing is our birthright, and if we can’t claim it in times of unrest and chaos, when will we ever make the time?

Whether you need a quick fix to carry on with your workday or a professional network of support, here are some suggestions and resources to help you give your mental health the attention it deserves in trying times:

We spend a LOT of time online and are subjected to all sorts of imagery, much of it graphic and violent. We don’t always have control over what we scroll past (although I highly recommend hiding posts from friends who continue to share graphic images) and it’s easy to get triggered. Being in public or a work environment can exacerbate the anxiety and make you feel like you have nowhere to run. There’s absolutely no shame in ducking into the bathroom or locking yourself in your car for a quick cry, but if that’s not feasible, try mindful breathing techniques for calming down. Taking the focus away from your racing mind and redirecting it to your breath will create some distance between you and whatever is freaking you out so that you can deal with it in a safer environment later on. Learn specific techniques here.

Technology is amazing, but a click-driven society means that we end up seeing a lot of the same headlines over and over. Humans aren’t designed to absorb so much trauma and its imperative that we take time off to engage with people IRL. Consider removing social media apps from your phone to help yourself break the habit.

3. Get out in nature, or bring nature to you

Forest therapy is a real thing. Studies have shown that even a couple nights spent outdoors can greatly reduce stress and mental fatigue. If this isn’t accessible to you, try visiting your city’s botanical garden or park. Like most things in our capitalistic society, urban planning favors the white and wealthy, and green spaces are often not accessible to those in disenfranchised, low-income neighborhoods. If that’s the case, consider buying a houseplant or two. Not only will they filter the air and boost your immune system, they can also improve your mood. Aloe plants, rubber trees, and snake plants are all fairly low maintenance and will help de-stress your home.

4. Find an activity that feels meditative to you

Traditional meditation is not for everyone, and there’s no reason to cause yourself more agitation in the pursuit of chilling out. You can reach that state through other means, the most important thing is that it takes you away from your racing thoughts to refocus on the present moment. For some people, that is achieved when cooking, for others it’s yoga or other forms of exercise. Coloring has also been shown to help adults reach a meditative state.

Therapy for Black Girls is a great resource for Black women and girls seeking to build a stronger mental health network. Founded by licensed psychologist Dr. Joy Harden Bradford, the site is taking an active role in addressing the mental health stigma that remains prevalent in many Black communities. For those considering entering therapy soon, Dr. Joy has a handy guide for getting started as well as a therapist directory.

Get Some Joy is a recently launched multimedia campaign promoting mental and emotional well-being for Black and Brown people. Co-host of the Extraordinary Negroes podcast (also a must-listen!), Alex Hardy is the “Lead Joyhunter” at Get Some Joy, and spreads awareness as a certified Mental Health First Aid Instructor. Over the next year, Get Some Joy will partner with other mental health organizations and individuals to produce live events, written and video content, educational resources, and engagement through therapeutic creative expression.

Rest for Resistance is a healing space meant to support the mental well-being of queer and trans people of color as well as other stigmatized groups. Created by QTPOC mental health, the organization regularly hosts meditation events in Brooklyn and are building an extensive archive of mental health resources geared towards those who have been systematically left out of existing support systems.

Open in Emergency is an ambitious project from the Asian American Literary Review (AALR) that decolonizes mental health and provides alternative methods for healing. With contributions from writers, artists, teachers, and survivors, AALR has assembled a new framework for addressing the mental health of Asian Americans. Open in Emergency contains a deck of tarot cards featuring original art and text that gives insight into the hidden contours of Asian American life, a tapestry of testimonials that reimagines community care, a “hacked” version of the DSM with new definitions, and handwritten letters that address intergenerational violence between mothers and daughters. The innovative program has been introduced in nine universities thus far and can be purchased in full or in part. Personally, I’m eyeing that tarot deck.