Why Finding a Therapist Can Be Especially Hard for Black Women 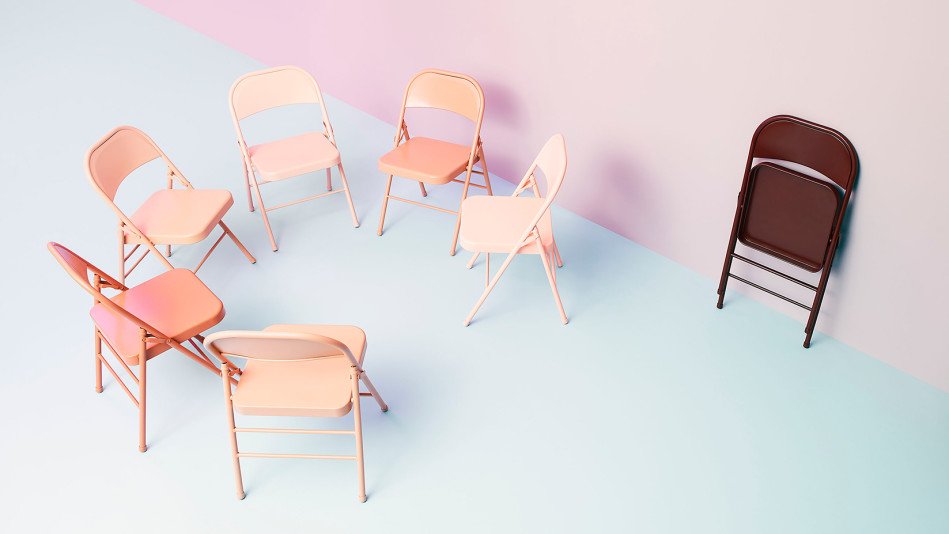 A look at how racial bias affects mental health treatment and glimmers of hope from the people who are working to change that.

In late 2013, Latoya Johnson tried to make an appointment with a therapist. Dialing number after number, she spoke to 80 answering machines all over New York City: “I’d like to see someone, well, because I can’t fall asleep,” she said. “And I don’t want to see friends…. I just feel like I’m not enjoying life in general.” She had a fairly flexible schedule (any weekday evening) and in every case specified that she had the insurance the therapist accepted. “Please call me,” she said. Though roughly half did call, only 17 offered her an appointment.

The good news: Latoya Johnson isn’t a real person; the name was made up for a 2016 study in the Journal of Health and Social Behavior that assessed bias in therapy. Voice-over actors using “racially distinctive names” and “race- and class-based speech patterns” read scripts to sound like patients who were black or white and middle- or working-class. The bad news: When an actor left Latoya’s message but used the name Amy Roberts, she got 23 invitations to come in and talk.

While African Americans account for just about 14 percent of the U.S. population, they make up over 16 percent of those affected by anxiety, depression, and other mental illnesses. But many never get the help they need; only 8.6 percent of all black Americans saw a therapist, took medication, or used another kind of mental health service between 2008 and 2012, compared with 16.6 percent of white Americans, according to a report from the federal Substance Abuse and Mental Health Services Administration.

Much of the research on this racial disparity has focused on individual barriers to care (like the personal and cultural reasons that deter people of color from seeking therapy) and structural factors (like access to insurance and transportation), says Heather Kugelmass, a sociology PhD candidate at Princeton University and author of the research that included “Latoya Johnson” and “Amy Roberts” (as well as “Jasmine Williams,” “Ashley Baker,” and others). Yet as Kugelmass’s experiment showed so starkly, sometimes the therapist is the problem. Researchers at the University of Maryland have drawn similar conclusions: In their 2016 study, “Allison” was 12 percent more likely to receive an appointment than “Lakisha.”

Even when a black patient sees a therapist, racial bias can sneak into her session. Joy Bradford, PhD, a licensed psychologist in Atlanta and founder of the mental health site Therapy for Black Girls, says women of color deal with the same racial slights or unintentional insults (a.k.a. microaggressions) in therapy as in other areas of life. “Say a woman feels like she’s being passed over for opportunities because of her race. A white therapist might tend to take the side of a white supervisor: ‘Well, have you thought about X? Could X be the problem?’ And that can invalidate the patient’s experience.” This is troubling because research shows that regardless of the type of therapy, the most important factor in determining the treatment’s success is the strength of the therapist-client relationship.

It would help if there were more therapists of color, yet only about 5 percent of all practicing psychologists in America are African American. In the face of such numbers, licensed psychologist Erlanger Turner, PhD, an assistant professor of psychology at the University of Houston–Downtown, is encouraging therapists to deal with their cultural blind spots. Last year he led six workshops in Texas, Georgia, and Alabama designed to help therapists engage with African American patients. “We all have biases, and it’s important that we recognize what they are and how they might show up during therapy,” says Turner. “I help therapists see how their cultural view may play into their interactions with African American clients.” Turner is working with the U.S. Department of Health and Human Services to develop online cultural-competency training programs for mental health providers across the country.

Bradford, for her part, is trying to connect black patients with culturally sensitive therapists. In December 2016, she created an ad hoc directory based on referrals she received from professional colleagues, former clients, and in-the-know friends. The list includes not only black therapists, but also qualified professionals of any race who’ve earned high marks from black women patients. Says Bradford, “I want women to get the help they need, even if it doesn’t come in the package they envisioned.